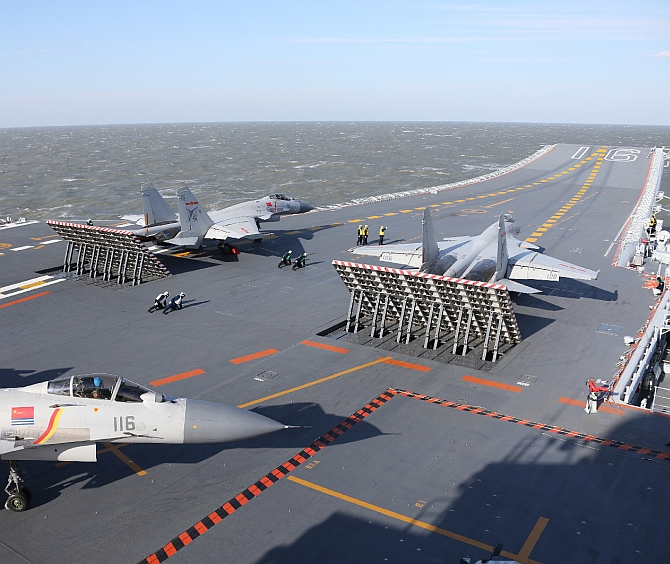 Tension is increasing between Beijing and Washington over China’s attitude in South China Sea.

But does China care?

As per state run Xinhua news agency China carried out training and testing mission involving several destroyers and frigates including F-15 fighter jet. And several sea and fire drills were also carried out.

The training was conducted under leadership of Wu Shengli, Commander of People’s Liberation Army Navy.

China even had heated discussion with USA elect President Donald Trump over One China policy and is now doing this exercise to publicize that it will not listen to any one in the world.

The discussion was heated as China seized American unmanned device in sea but later on returned it to USA.

But China should restrain from this exercise as this is increasing tension in South China Sea. Several countries including Vietnam, Korea, Malaysia, Brunei, Philippines, and Taiwan had raised protest in International Court of Justice in Hague.

Let’s hope for the better. China should focus on issues related to environment, culture and its people rather than building supremacy for personal interest.